COVAX fails to deliver—what went wrong, and can the scheme get back on track?

Home/Articles
Empty seats in March at a vaccination centre in the Philippine province of Negros Oriental—a COVAX shipment of nearly 200,000 Pfizer doses landed in the country on May 10 after months of delays owing to bureaucratic issues. (Image: lito_lakwatsero/Shutterstock)

GENEVA, Switzerland: The COVID-19 Vaccines Global Access (COVAX) initiative provided a glimmer of hope during the first months of the pandemic. For many health workers in low-income countries, that hope has been eclipsed by logistical, material and bureaucratic problems. COVAX missed its target of providing two billion vaccine doses in 2021 but hopes that the milestone can be reached in the first quarter of 2022.

Health authorities in the Global North are currently rolling out SARS-CoV-2 booster shots while more than 97% of people in low-income countries remain unvaccinated. This is precisely the situation that the parties behind the COVAX initiative had hoped to avoid.

At the time of writing, COVAX had shipped around 435 million vaccine doses to health authorities in 144 countries—a fraction of the two billion doses that it had aimed to deliver this year. The initiative reduced its target for 2021 by 30% to 1.425 billion doses, and hitting this target would require the delivery of close to one billion vials in the coming six weeks.

Amid a flurry of finger pointing, World Health Organization (WHO) chief Dr Tedros Adhanom Ghebreyesus tweeted on 4 November that nearly all low-income countries were ready and able to accept vaccine deliveries—indeed, that they are relying on COVAX—but that manufacturers had not played their part. An investigation by the Bureau of Investigative Journalism (TBIJ), however, suggests that COVAX failed to assert control over vaccine supplies, leaving it at the mercy of export bans, manufacturing delays and the purchasing power of the world’s richest nations. 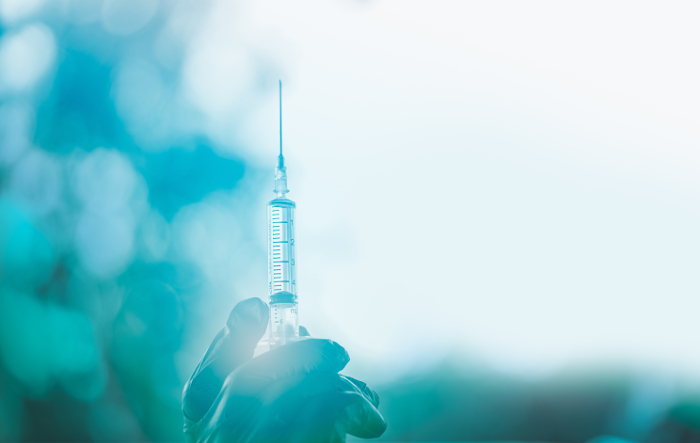 At the time of writing, COVAX had shipped around 435 million vaccine doses to health authorities in 144 countries—a fraction of the two billion doses that it had aimed to deliver this year. (Image: MIA Studio/Shutterstock)

What caused COVAX to miss deliveries, and what was the effect in recipient countries?

Serum Institute of India (SII) is the world’s largest vaccine manufacturer and the backbone of COVAX’s vaccine supply. When it stopped shipping vials to the initiative in April, it was also revealed as its Achilles heel.

COVAX is co-led by the Coalition for Epidemic Preparedness Innovations, WHO and international vaccine organisation Gavi, and UNICEF is the scheme’s logistical partner. Gavi signed an agreement with SII in February for the supply of 1.1 billion SARS-CoV-2 vaccine doses. According to TBIJ’s report, COVAX shipped tens of millions of doses in February and March and close to three-quarters of these came from SII, despite COVAX having planned to utilise multiple manufacturers. When COVID-19 infections once again surged in India, the country’s government halted vaccine exports in order to focus domestic supply on domestic use.

COVAX deliveries to recipient countries were delayed by weeks or months, triggering chaos in planned vaccine rollouts. Health authorities were unsure of whether to administer first doses or to fully inoculate those who had already received one dose. Those with the financial resources to make deals directly with vaccine manufacturers found themselves in the queue behind richer countries who had already signed supply agreements.

In the TBIJ report, COVAX was quoted as saying that “it was natural that SII was contracted to supply large volumes” to COVAX, owing to the fact that “all other capacity [was] already pre-ordered by high-income countries, and because of SII’s significant manufacturing capacity and its proven ability to deliver affordably”. However, Hitesh Hurkchand, a senior advisor to the World Food Programme, commented that COVAX “should have seen this coming”. He asked: “Where was the risk analysis?”

According to TBIJ, delays in vaccine deliveries to Afghanistan, Nigeria and Namibia led to the spread of conspiracy theories and had a negative effect on uptake of the vaccines among the public. “Because the vaccines were delayed, those conspiracy theories became more widespread,” commented Dr Faisal Shuaib of the Nigerian Ministry of Health, who is leading the country’s vaccination campaign. “They won’t come back,” commented Ben Nangombe, executive director of health in Namibia, referring to those in the country who had travelled long distances only to be told that doses had not been delivered.

COVAX has not received any vaccine shipments from SII since April, despite India having said that it would restart vaccine exports in October, but health industry sources in India say that shipments could resume in the coming weeks.

COVAX is finalising agreements to deliver shots of the Covishield vaccine to various countries, according to a 10 November Reuters report, which cited unnamed sources in the country’s health industry. Covishield is a licensed version of the AstraZeneca vaccine that is manufactured by SII, and the vaccine maker has reportedly been producing 240 million doses of the vaccine every month since April.

“There will need to be purchase orders confirmed to SII, labelling and packing, export authorisation granted for each of these shipments,” one of the sources told Reuters, adding: “So the first deliveries, assuming the Indian government grants export authorisation, won’t happen until a few weeks from now.”

COVAX said in its September supply forecast: “There are many uncertainties affecting the supply of COVID-19 vaccines in 2021, not least around manufacturing capacity, export restrictions, regulatory approvals, funding availability, and the readiness of countries themselves to begin their national COVID-19 vaccination programmes.” It said that forecast scenarios showed that of the 1.4 billion doses that it should receive this year, 1.2 billion shots would be made available to low- and lower-middle-income countries. “This is equivalent to 20% population coverage, or 40% of the adult population in all 92 [advanced market commitment] economies bar India.” It added that its supply would “continue to expand in the first quarter of 2022, reaching a total of 2.6 billion doses available for supply by the end of March.”

“The foundational flaw for me is the fact that they did not put around the table the low- and middle-income countries”
– Dr Joanne Liu, former international president, MSF

COVAX said it was making strenuous efforts to mitigate supply chain risks and that it was calling on countries that had enough doses to vaccinate their populations to “give up their place in the queue to COVAX”.

TBIJ’s investigation found that, by 24 September, wealthy countries had pledged to donate around 785 million doses to COVAX, but that only around 18% of the pledged donations had arrived.

By October, COVAX had delivered just 5% of all SARS-CoV-2 vaccines administered globally, and TBIJ’s investigation found that lower-income countries felt that they had been excluded from discussions and relegated to the roles of spectators or charitable cases. Lower-income countries were not adequately involved in designing the COVAX scheme, Médecins Sans Frontières (MSF) told TBIJ, and the NGO’s senior vaccines policy adviser, Kate Elder, said: “COVAX really was flawed in the beginning.”

“The foundational flaw for me is the fact that they did not put around the table the low- and middle-income countries,” added Dr Joanne Liu, former international president of MSF. “That country club mindset needs to change,” she said.

Earlier this year, Dental Tribune International reported on the signing of the Kampala Declaration on COVID-19 Vaccine Equity, which called for an end to “vaccine egoism and nationalism”. The declaration states that vaccine injustice divides the world into two groups—those that have access to COVID-19 vaccines and those that do not—and increases the risk of more aggressive mutations of the SARS-CoV-2 virus developing in areas where doses are scant.

COPENHAGEN, Denmark: Dental clinics in Denmark were permitted to reopen on 20 April, and Norwegian dentists have started to provide non-emergency treatment ...

News Tue. 30. June 2020
W&H launches #dentalsunited to help dentists get back to work

BÜRMOOS, Austria: A campaign designed to help dental professionals around the world get back to work amid the SARS-CoV-2 pandemic has been launched by the ...

News Wed. 6. January 2021
What is the future of telehealth in dentistry?

LEIPZIG, Germany: As a result of the SARS-CoV-2 pandemic, the vast majority of dental practices around the world have been partially or completely shut down...

News Tue. 21. September 2021
After the pandemic, what will be the new normal in surgery?

In 1986 Mauro Labanca earned his Medical Doctor degree from the University of Milan, where he also qualified in dentistry and general surgery. He has ...

News Tue. 2. February 2021
SARS-CoV-2: An obstacle for the next generation of dentists and dental hygienists?

RICHMOND, Va., U.S.: The ongoing SARS-CoV-2 pandemic continues to create insecurity around the world. A survey of dental and dental hygiene students ...

LEIPZIG, Germany: Since 14 March, France has been under COVID-19 Level 3 restrictions, including the halting of all non-essential services. To flatten the ...

News Fri. 13. August 2021
COVID-19 and the dental market: The pandemic continues to bite

LEIPZIG, Germany: Sales at major dental companies climbed in the second quarter of this year compared with the same period in 2020, during which the ...

Dr Andreas Kurbad, who runs a private practice in Viersen in Germany, has lectured widely on the topic of computerised dentistry. For 3Shape’s upcoming ...

News Thu. 9. April 2020
What Brazilian dentists are doing during the coronavirus pandemic

RIO DE JANEIRO, Brazil: By April 9, there had been more than 13,000 reported cases of COVID-19 in Brazil and 667 associated deaths, according to the World ...