COVID-19 update: Nordic dentists continue to be affected by pandemic

Home/Articles
News
Dental professionals across the Nordic region have had their workloads lessened considerably as a result of COVID-19-related restrictions. (Image: Antony McAulay/Shutterstock)

LEIPZIG, Germany: Though the Nordic countries share many similar cultural and social traits, their respective governments’ responses to the ongoing COVID-19 pandemic have diverged sharply at times. These differences have had a knock-on effect on the provision of dental services, leading to frustration among some in the industry.

Since the pandemic began, a great deal of attention has been focused on Sweden’s handling of the situation. This is due to the Swedish government’s controversial decision to forgo the large-scale restrictions and lockdowns that have marked the responses of many other countries to SARS-CoV-2. Unsurprisingly, Sweden has experienced far greater COVID-19 case numbers than its neighbours and had recorded more than 88,000 cases and almost 6,000 deaths by 21 September, according to the World Health Organization.

Though Sweden’s response meant that many businesses stayed open throughout the pandemic, certain restrictions greatly reduced the amount of work conducted at dental practices. According to the Swedish Academy of Cosmetic Dentistry’s Per Ekblom and Dr Cecilia Omo, dental appointments at private practices fell by half in March when Swedish dentists were required to deliver their stocks of personal protective equipment (PPE) to the country’s hospitals. These measures resulted in the Folktandvården, Sweden’s public dental service, being shut down temporarily, though it has since reopened its doors to all patients.

Governments of Finland and Iceland have provided ample financial support 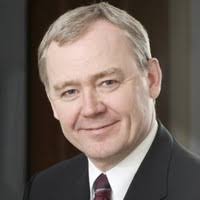 In Finland, widespread restrictions were in place from 16 March for three months in order to help slow down the spread of SARS-CoV-2. According to Dr Seppo Lindroos, founder of the Helsinki-based MEDIDENT dental clinic, though restrictions greatly helped Finland avoid an infection rate akin to that of Sweden, they led to a marked decrease in the number of dental procedures performed throughout the country.

“Public dentistry services have been reduced as some dentists have been redirected to support sampling and testing for SARS-CoV-2,” Lindroos told Dental Tribune International (DTI). “In the private sector, patient visits fell sharply too, which has caused significant financial concerns at many dental clinics.”

According to Lindroos, the Finnish government has provided extensive financial support to many local companies that have experienced a COVID-19-related reduction in turnover. The Icelandic government has taken a similar approach towards affected dental businesses, Katrín Guðmundsdóttir, managing director of the Icelandic Dental Association, informed DTI.

“The government is currently covering up to 75% of the salary of dentists and dental employees who have had their hours reduced,” Guðmundsdóttir said. She further emphasised that this was not an insignificant proportion of the island nation’s dental workforce, since “dental practices were effectively forced to close for six weeks, from 24 March to 4 May, owing to strict gathering bans”.

Since this closure ended, Icelandic dentists have been allowed to continue seeing patients regularly, provided that they follow certain recommendations to help limit the spread of SARS-CoV-2. Aerosol-generating procedures, for example, are technically permitted, Guðmundsdóttir confirmed, although dentists have been asked by the government to reduce their use as much as possible.

As DTI reported in April, dentists in Denmark and Norway began to go back to work when the countries’ governments started to ease some of their COVID-19 lockdown restrictions. According to Peter Lembke Gerdes, CEO of the DentaNet professional network for dentists in Denmark and Norway, the dental industry has not yet returned to full capacity, owing to a range of factors. “Patient capacity at dental practices has gone down roughly 20%, owing, in part, to extended precautions relating to PPE, disinfection, and so on,” he said to DTI.

Though Danish dentists were financially compensated if they had been forced to close their offices, the revenue of many Danish dental practices has suffered considerably as a result of the pandemic, Gerdes added.