In a recent survey of British periodontists, a majority of respondents reported that the government, as well as the General Dental Council, had displayed a lack of leadership during the COVID-19-caused lockdown. (Image: Yau Ming Low/Shutterstock)

LONDON, UK: Though it is quite evident that dentistry, as a whole, has been greatly affected by the ongoing COVID-19 pandemic, the specific ways in which this impact has been felt are yet to be fully understood. A recent study from the UK has shown that many of the nation’s periodontists believe that they received insufficient support from the government and the General Dental Council (GDC) while lockdown restrictions were in place from March to mid-June.

The study was conducted by a team of researchers and undergraduate students from the Faculty of Dentistry, Oral and Craniofacial Sciences at King’s College London, who sent out a survey to members of the British Society of Periodontology and Implant Dentistry regarding the effect COVID-19 has had on their profession. The survey was sent out two months after the initial lockdown was put in place and was followed up on two weeks after British dentists slowly began to return to work.

Since a reported 13 million UK adults missed a dental appointment during the lockdown, it was hardly surprising to learn that 77% of respondents reported their most pressing worry to be the financial impact of the pandemic, and 76% were concerned about their ability to provide adequate levels of care. 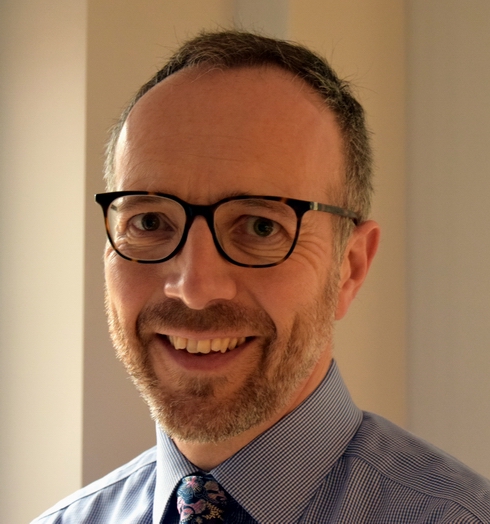 There was a higher level of consensus among survey respondents when it came to the aid provided by the GDC, the leading regulatory body for dental professionals in the UK, and the government. A figure of 86% believed that the government had not sufficiently supported the dental profession during the lockdown—the same proportion that moderately or strongly disagreed with the proposition that the GDC had delivered the support necessary during this tumultuous period. Many respondents reported a perceived lack of leadership and the provision of unclear and frequently untimely advice.

“The strength of these views was evident in free-response comments which confirmed that respondents felt more supported by some professional and specialist bodies such as the BDA [British Dental Association], BSP [British Society of Periodontology] and BSDHT [British Society of Dental Hygiene and Therapy],” said Dr Mark Ide, reader in periodontics at King’s and co-author of the study, in a press release.

On a more positive note, most survey respondents reported that their practices had already adapted to the new standards, such as enhanced infection control, for delivering periodontal and other procedures to their patients.

“Most dentists and hygienists taking part in this survey felt they have the physical and psychological ability to make the necessary changes to adapt to the new developments due to the pandemic, even if not all felt that opportunities for changes are available, which sends a clear message about the strength and resolve of the profession,” said study co-author Dr Koula Asimakopoulou, reader in health psychology at King’s.

The study, titled “The perceived impact of COVID-19 on periodontal practice in the United Kingdom: A questionnaire study”, was published in the November 2020 issue of the Journal of Dentistry.

LONDON, UK: The dental industry has gone through many sudden and extreme changes since the start of the pandemic, and it is now evident that access to oral ...

LONDON, UK: Providing health and social care during the pandemic has been fraught with challenges. As health services face ongoing pandemic and seasonal ...

News Thu. 13. January 2022
Happy holidays? Fees up and confidence down among US dentists in December

CHICAGO, US: Private dental clinics in the US finished the year with stable patient volumes. However, in the latter months of 2021, a greater number of ...

LONDON, UK: The UK government has recently imposed a new system of targets that is planned to increase dental activity in the country and to help address ...

Dr Elham Kateeb’s professional career has been devoted to dentistry: She is an associate professor of dental public health and the dean of scientific ...

LONDON, UK: As a result of the SARS-CoV-2 pandemic, dental practices across the world have been partially or completely shut down and routine dental ...

News Fri. 14. May 2021
Zoom meetings cause growing demand for orthodontics during pandemic

LONDON, UK: Attending myriad Zoom meetings is now a reality for many professionals who had to shift to the home office culture during the pandemic. Needless...

LONDON, UK: Though it has been more than three months since dental practices in England began to reopen after lockdown restrictions were relaxed, guidance ...

News Thu. 9. April 2020
What Brazilian dentists are doing during the coronavirus pandemic

RIO DE JANEIRO, Brazil: By April 9, there had been more than 13,000 reported cases of COVID-19 in Brazil and 667 associated deaths, according to the World ...

LEIPZIG, Germany: Though the Nordic countries share many similar cultural and social traits, their respective governments’ responses to the ongoing ...

ISLAMABAD, Pakistan: A study led by researchers at Shaheed Zulfiqar Ali Bhutto Medical University in Islamabad has examined the impact of the SARS-CoV-2 ...

share
save
advertisement
Interviews Wed. 27. July 2022
What the dental community has learned from COVID-19

The dental profession was hit hard by COVID-19, and there was great uncertainty about how to properly manage patient care at the start of the pandemic. Now ...