Home/Articles
Researchers have found that an alarming number of dental students either rejected or were hesitant about taking a COVID-19 vaccine, and that hesitation or disagreement was more likely among dental students who lived in low- and lower-middle-income countries. (Image: G.Tbov/Shutterstock)

BRNO, Czech Republic: A study of the attitudes of dental students around the world towards COVID-19 vaccines found that 22.5% were hesitant and 13.9% rejected the vaccines outright. The researchers found that acceptancy of vaccines among dental students was suboptimal owing to a range of factors, such as socio-economic contexts, and they called for a greater focus on infectious disease epidemiology education within undergraduate dental curricula.

The researchers—from a number of universities across Europe and from one in Palestine—liaised with the scientific committee of the International Association of Dental Students (IADS) and collected data through IADS member organisations. In total, 6,639 dental students from 22 countries responded to a questionnaire that aimed to assess personal acceptance levels of COVID-19 vaccines and the factors that influenced these levels.

The researchers found that 7.4% of the students completely disagreed with taking a COVID-19 vaccine, that 6.5% disagreed and that 22.5% were hesitant. Of the respondents, 22.5% expressed agreement with being vaccinated and 41.0% totally agreed.

The socio-economic status of the countries where the students lived and studied was found to have a significant influence on vaccine acceptancy. Of the respondents in low- and lower-middle-income countries (LLMIC), 30.4% were hesitant, compared with 19.8% in upper-middle- and high-income countries (UMHIC). 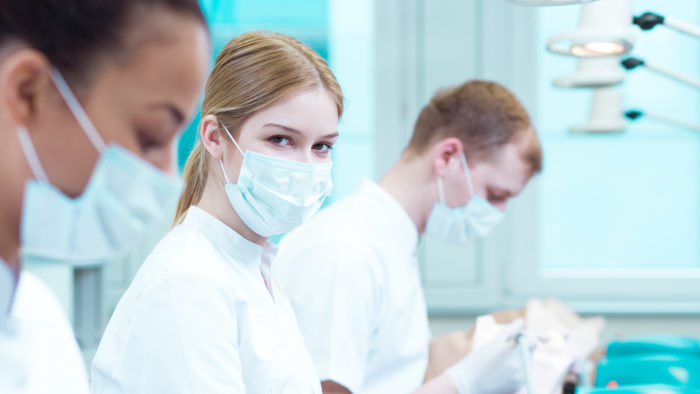 The researchers stressed the importance of vaccine acceptancy among dental students as representatives of the global healthcare student population. (Image: Photographee.eu/Shutterstock)

The researchers assessed factors that influenced vaccine-related attitudes among the respondents as outlined by the World Health Organization Strategic Advisory Group of Experts on Immunization. These were sources of information relating to COVID-19 vaccines, levels of trust in governments and pharmaceutical companies, and religious and cultural beliefs. They also assessed individual factors, such as confidence in access to information and belief that the body’s immune response would be sufficient to ward off the disease.

Among respondents in LLMIC, 38.1% said that they considered other methods to be more effective than vaccination in preventing the disease, compared with 22.4% of students in UMHIC.

More students in UMHIC were confident that they had enough information about the vaccines compared with those in LLMIC (33.1% versus 27.0%), the study found. 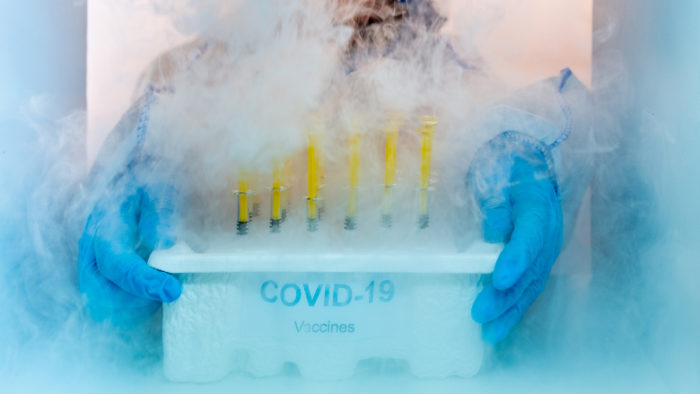 According to the study, more than 38% of dental students who live in low- and lower-middle-income countries said that they considered other methods to be more effective than vaccination in preventing COVID-19. (Image: Joe McUbed/Shutterstock)

Dr Huthaifa Abdul Qader, vice president of science and research at IADS and one of the researchers who worked on the study, explained to Dental Tribune International (DTI): “We found that socio-economic context was significantly associated with dental students’ vaccine hesitancy. The media, social media and insufficient knowledge about vaccine safety were barriers to vaccination. Mistrust of governments and the pharmaceutical industry was also found to have a significant impact on the attitudes of dental students towards COVID-19 vaccination.”

In discussing the findings, the researchers stressed the importance of vaccine acceptancy among dental students. They wrote: “As representatives of the healthcare student population, dental students have a crucial role in disseminating robust information about COVID-19 vaccines’ effectiveness and safety. This social role is backed by the prevailing evidence on healthcare professionals’ impact on shaping public opinion regarding health issues, including vaccination.”

Abdul Qader told DTI that “low levels of perceived risk of morbidity and mortality of COVID-19 have led to a fluctuation of the COVID-19 vaccine acceptance levels within the dental student community”. He added that, amid the pandemic, dental students worldwide have been placed under pressure to return to their clinical training in order to complete their studies. “This has acutely generated a sense of indifference towards COVID-19 vaccination and a lack of individual accountability among them,” Abdul Qader said.

“Several studies have shown that the rate of infectious disease has decreased in high-income countries in the past 50 years, which has caused a diminished focus on their incorporation into dental education”

The study called for greater implementation of infectious disease epidemiology education within undergraduate curricula. When asked what the first steps would be to implementing this, Abdul Qader said that IADS had already began collaborating with institutions and associations with the aim of raising awareness about the topic, such as through on-campus campaigns. “This would be the onset of consolidated efforts to kick off the required procedures to integrate educational modules into dental education. Thus far, we have presented our study to the Association for Dental Education in Europe and are in talks with the International Vaccine Institute,” Abdul Qader explained.

He added: “Several studies have shown that the rate of infectious disease has decreased in high-income countries in the past 50 years, which has caused a diminished focus on their incorporation into dental education and a surge of education concerning non-communicable disease. We have suggested in our study revival in dental curricula of knowledge of infectious disease and the way vaccine cascades react in the human body in order to cultivate future healthcare professionals with robust vaccine-pertinent backgrounds and lower hesitancy levels.”

The sample group was representative of students from dental faculties in all world regions. The target population of the study was undergraduate students; however, those in their compulsory training year and those who had graduated in the 12 months prior to the study were also included. The mean age of the respondents was around 22 years, and the majority (70.5%) were female, in the clinical years of their education (66.8%) and from UMIC (45.7%).

The study, titled “Global prevalence and drivers of dental students’ COVID-19 vaccine hesitancy”, was published online on 29 May 2021 in Vaccines.

LONDON, UK: As world leaders are continuing to roll out vaccination programmes and encouraging the public to get vaccinated, one thing is clear: there are ...

WASHINGTON, U.S.: The U.S. Department of Health and Human Services is amending an emergency declaration under the Public Readiness and Emergency ...

Dubai, UAE: A survey of residents in the UAE and Saudi Arabia has found that 88% of the respondents appreciate the advantages of teledentistry and online...

TRIESTE, Italy: The majority of COVID-19 patients self-report olfactory and gustatory disfunction, making these among the most common symptoms of the ...

KAMPALA, Uganda: Clear demands have been made of the international community concerning equity in the production and distribution of COVID-19 vaccines. The ...

Dr Elham Kateeb’s professional career has been devoted to dentistry: She is an associate professor of dental public health and the dean of scientific ...

LONDON, UK: The UK has become the first country in the world to approve a clinically tested COVID-19 vaccine after the Medicines and Healthcare products ...

LEIPZIG, Germany: Many dental students returning for the winter semester in the northern hemisphere have had little or no clinical practice since the ...

WUHAN, China: The COVID-19 pandemic, which originated in Wuhan, has become a serious public health challenge of international concern. Researchers from ...